Our team of experts independently purchase, test, research, and recommend the top products; you can learn more about our review process here. We may receive commissions on purchases made from our chosen links. learn more

Contents hide
1 What inspired you to start your Blog?
2 What makes you Unique in the Fitness and Health Space?
3 What Diet/Nutrition practices do you advocate?
4 What Exercise Advice would you share with the average Joe looking to add Muscle and get Fit?
5 What is your all time favorite post that you would love people to read? 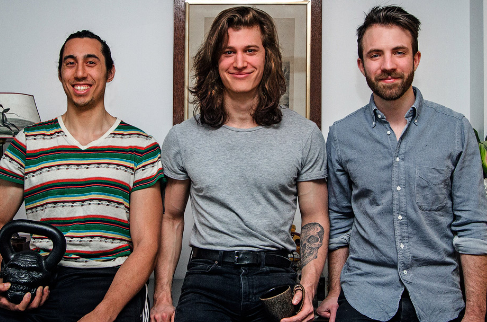 We Welcome Shane Duquette and his team from Bonytobeastly.com to share their collective knowledge and insight on the muscle building process for skinny guys looking to get big and ripped. Shane and his colleagues experimented with various programs and went through considerable hardships before they were able to successfully put on muscle and shed the dreaded “Skinny nerd” tag. Both their sites bonytobeastly.com and bonytobombshell.com are a testament to the success of their bodybuilding approach for hard gainers and skinny dudes everywhere.

What inspired you to start your Blog?

In university, I weighed 130 pounds at a height of 6’2—a BMI of 16.7. My mom told me that I looked sick and my doctor advised me to gain weight, but really the biggest thing for me was how unhappy I was with how people saw me. My friends would push me around and playfully tease me as if I were their little brother, and if someone asked, “Which one was Shane again?” the answer would invariably be, “The skinny one.” I didn’t want to be that guy anymore. It’s not that I was trying to look like a bodybuilder or anything, I just didn’t want to be so incredibly skinny that it dominated people’s perception of me.

My roommate Jared was skinny too, but he had a different issue. He wasn’t thrilled with his body either, but his bigger problem was that his body was deteriorating at an alarming pace. At 22 years old he was having knee problems, tendinosis in both arms, and was getting sick so frequently that his friends nicknamed him “Sick Jared.”

The same summer that we started up our graphic design business, we also decided to build muscle once and for all. Being the nerdy introverts that we were, we decided to blog about it on our new business’ blog. I gained over 50 pounds, Jared over 40, and we eventually teamed up with a strength and conditioning coach with a degree in healthy sciences—Marco. Marco by this point had gained over 60 pounds.

Those blog posts attracted so much attention from other skinny guys that we expanded it into its own, separate blog—Bony to Beastly (and eventually a sister site, Bony to Bombshell). 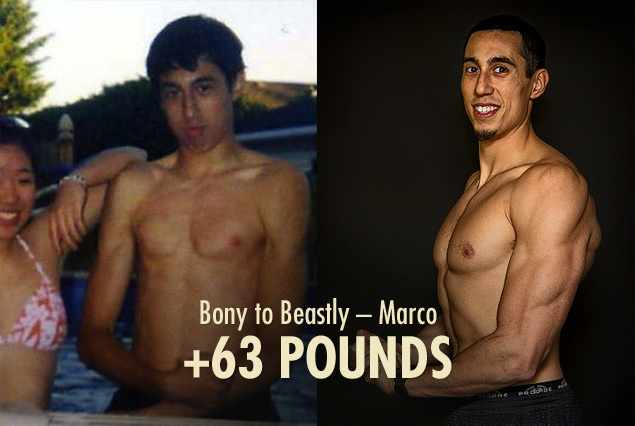 What makes you Unique in the Fitness and Health Space?

The fitness industry is dominated by general health and fitness stuff for the average Joe—the guy who wants to lose some weight, chisel out some abs, build a little muscle. We’re the exact opposite of that. We’re a very specialized program for naturally skinny guys who want to gain weight.

That means flipping a lot of the standard fitness and nutrition advice on its head.

For example, intermittent fasting blew up a couple years ago because it helped some people (usually young men) eat fewer calories while still feeling satisfied. Skipping breakfast meant that their lunch and dinner could stay large and indulgent. It wasn’t marketed strictly as a weight loss diet though, it was marketed as a lean muscle kind of diet. That approach works quite well for the average guy, but it definitely does not work for us skinny guys.

Same thing with low carb diets, paleo diets, “clean” diets, vegan diets, etc. Almost all of the pop culture diets approach health with the assumption that people need to lose weight, even if they don’t mention it explicitly, so none of them apply to us. And rightfully so! Only about 3% of the population is trying to gain weight. We’re a very small market.

What Diet/Nutrition practices do you advocate?

We help skinny guys eat enough calories and protein to gain weight, but not in the tough love way that they’re used to. It’s common for a skinny guy to get told to “just eat more,” but that’s like telling and overweight person to “just eat less.” It’s technically true, but good luck actually following that advice for long enough to see results. When your appetite is fighting you—when you need to force feed yourself every single meal of the day—that’s just not realistic. So we teach a lot of appetite hacks and strategies to help guys eat more without feeling horrible, spending all day cooking, wasting a lot of money. 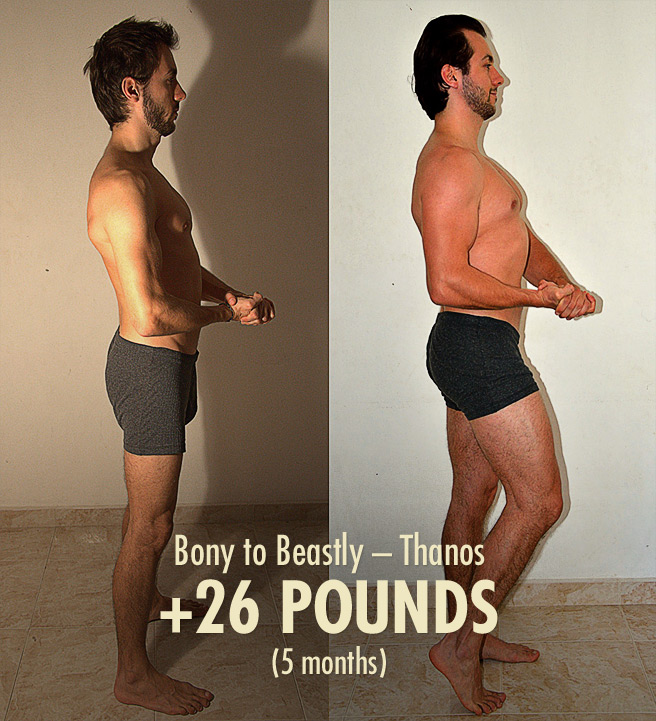 What Exercise Advice would you share with the average Joe looking to add Muscle and get Fit?

The main thing the average Joe needs to do is be active, eat mostly whole foods, get enough quality sleep, and find some strategies that help him eat a little bit less overall.

When it comes to exercise, long term compliance is the main thing, so he should probably pick the type of exercise that he most enjoys. If he digs soccer, maybe he plays a few games per week. If he likes the competitive edge that CrossFit has, maybe he does some of that. If he wants a more lean and muscular look, he could pick something that involves some heavier lifting (e.g. strength training).

It’s really just the naturally skinny guys who need to be super deliberate about building muscle when it comes to exercise. I think that’s why we struggle so much with the fitness industry. We jump on the general fitness bandwagon thinking that these programs are designed to normalize weight—that they would make a chubby guy lose fat, a skinny guy build muscle. That’s not how they work though, and we lose weight because they’re specifically designed for weight loss (or general fitness). That can leave us feeling really frustrated and hopeless about our muscle-building genetics. 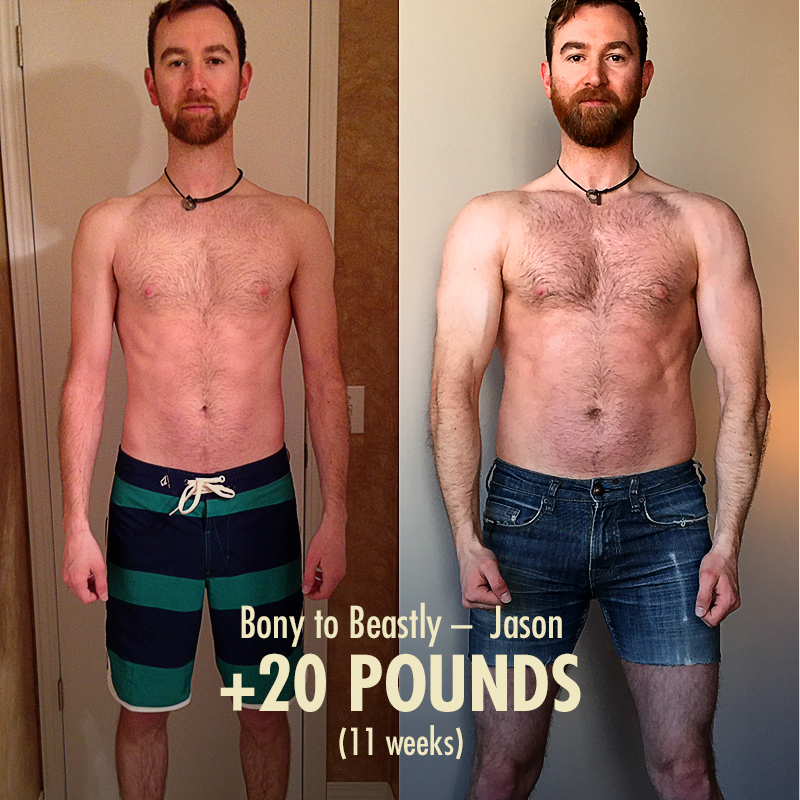 What is your all time favorite post that you would love people to read?

If a skinny guy is reading this post and he’s curious about what types of exercise will actually help him build muscle, this article should really help. We broke down the most popular types of exercise and explained the types of adaptations they lead to. So what does cardio actually do for the body of a skinny guy? What about CrossFit? What about calisthenics? Powerlifting. Bodybuilding?

If it’s a skinny woman who wants to know more about gaining weight, she should check out our Bony to Bombshell site instead. A lot of the principles are the same, but there are some key biological differences between men and women. Men and women usually have different goals too. When it comes to losing fat, generally both men and women want to be lean. But when it comes to building muscle, focusing on either your hips or shoulders—these can create very different looking physiques!

I also want to say thank you for asking for the interview! The transformations you showcase on this site are amazing, and it’s really cool how you chose to have us on here. Thank you so much, Andrew!